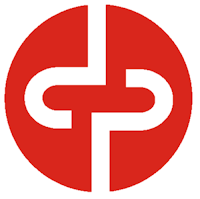 G ouden Sdn Bhd  (Company No. 774652-H) was incorporated in 1996, and was previously known as INFOCHEM Sdn Bhd as a thinner blender and distributor of chemicals to a wide range of industries. Gouden Sdn Bhd is known for its ability to deliver high quality products at a competitive price timely without failing. Over the years, Gouden Sdn Bhd has built an extensive market network and has rapidly become one of the largest blender and distributor in Malaysia. Currently, Gouden Sdn Bhd has a workforce of more than 35 personnel, trading approximately 8,000 tonnes of petrochemicals per year, and is achieving a total annual turnover of over RM 21 million. In the year 2008, the company aligned its vision and diversifies its business into the customization of Stainless Steel Storage Tank. Over the years, GOUDEN has invented and patented a unique stainless steel storage tank system, GDS to replace the conventional metal drums. GDS help our client to minimize handling process and disposal
Post a Comment
Read more